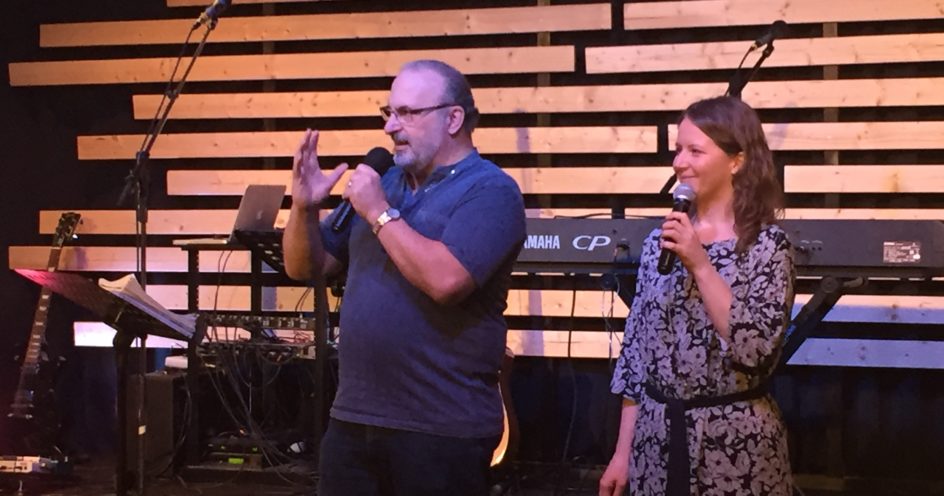 I don’t know about you, but I’m looking forward to heaven! The Bible says that heaven will be a place where there will be no more tears, no more pain! Last weekend the Kyrios team hosted an event in Linz Austria that was called “a taste of heaven.” How was it you might be asking? The best way to describe it was that it was indescribable! Kind of like what Paul said when he was taken up to the third heaven, “and he heard things that cannot be told, which man may not utter.”

On Friday night, over 100+ believers gathered from all over Austria to worship the Lord and give testimony to His greatness! The newest Kyrios members Rene and Sabrina along with Herbsti and Tom (band members), opened up the night with worship in German and English. Following them, everyone was then blessed by a Farsi band, an African band, and an Arabic band! In between bands several people gave their testimonies. One particular testimony was touching as we heard from a young man (Stefan) who came to faith through the soccer ministries in Salzburg. He shared how he now knows God was with him each step of the way in his journey from Afghanistan to Austria. He was able to escape the Taliban who had tied him up and given him one night to decide if he and his family would work for them. By God’s grace and power he made it to safety and immediately fled the country. Please keep Stefan in prayer as his wife was murdered back in Afghanistan and hasn’t heard from his daughter or family in almost 2 weeks.
Stefan has been an encouragement to us as he is trusting the Lord through this difficult time and continues to share the Gospel with his friends here in Austria.

Saturday we shifted gears as over 30 leaders and pastors from all over Austria met in the same room to hear Dr. Stephen Beck from Germany who was our guest speaker for the weekend. Dr. Beck is the founder of the Mission Mosaic movement that started in the Frankfurt area and has planted 14 churches with students and refugees he ministers to. He shared with everyone how God showed him years ago that the churches in Germany needed to change things up, specifically opening up to foreigners and having church services that are mono multicultural. His vision was to have a 50/50 church, a church with 50 percent locals and 50 percent other nationalities. Little did he know, but just a few years after he planted the first church in Frankfurt, the big wave of refugees came from the Middle East into Europe! Dr. Beck shared with us many amazing testimonies of how the churches he planted as well as others in Germany began to grow because of openness to foreigners! There was a great time of Q&A with Dr. Beck, Nate, Danny, Ken Meyer, and Pastor Baghat from Vienna as we discussed topics such as discipleship, church planting, and other topics.

This Kyrios led event was special as each member that was there had a key role to play in everything! Anda was the main translator. Nate was able to introduce the team and share what we do as well as promote the 5 fold workshops. Insa also helped translate and coordinated the food for the events. Rene and Sabrina led worship with the band, and Danny and Rebecca oversaw the entire weekend. A great display of all the gifts working together!

Some immediate fruit from the weekend event is that there are already plans to do another “Taste of heaven” in Vienna in the fall! A few pastors and leaders shared how they really want to consider making changes in their churches so that they are more mono-multicultural!

We believe this was a big step forward in Austria as many churches and different denominations have come together to worship the Lord in Spirit and in truth! 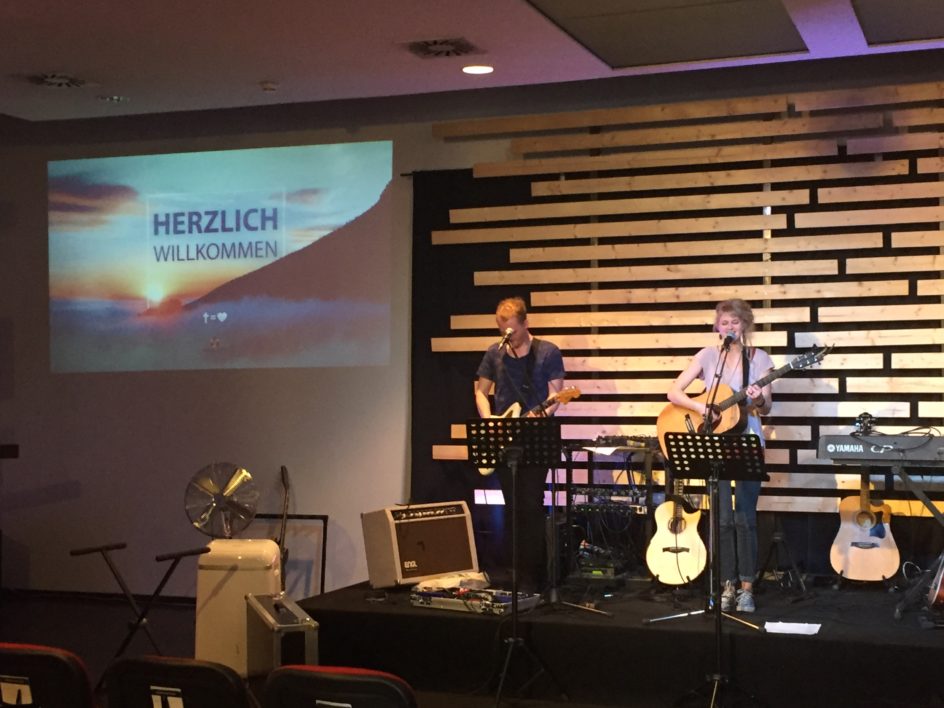 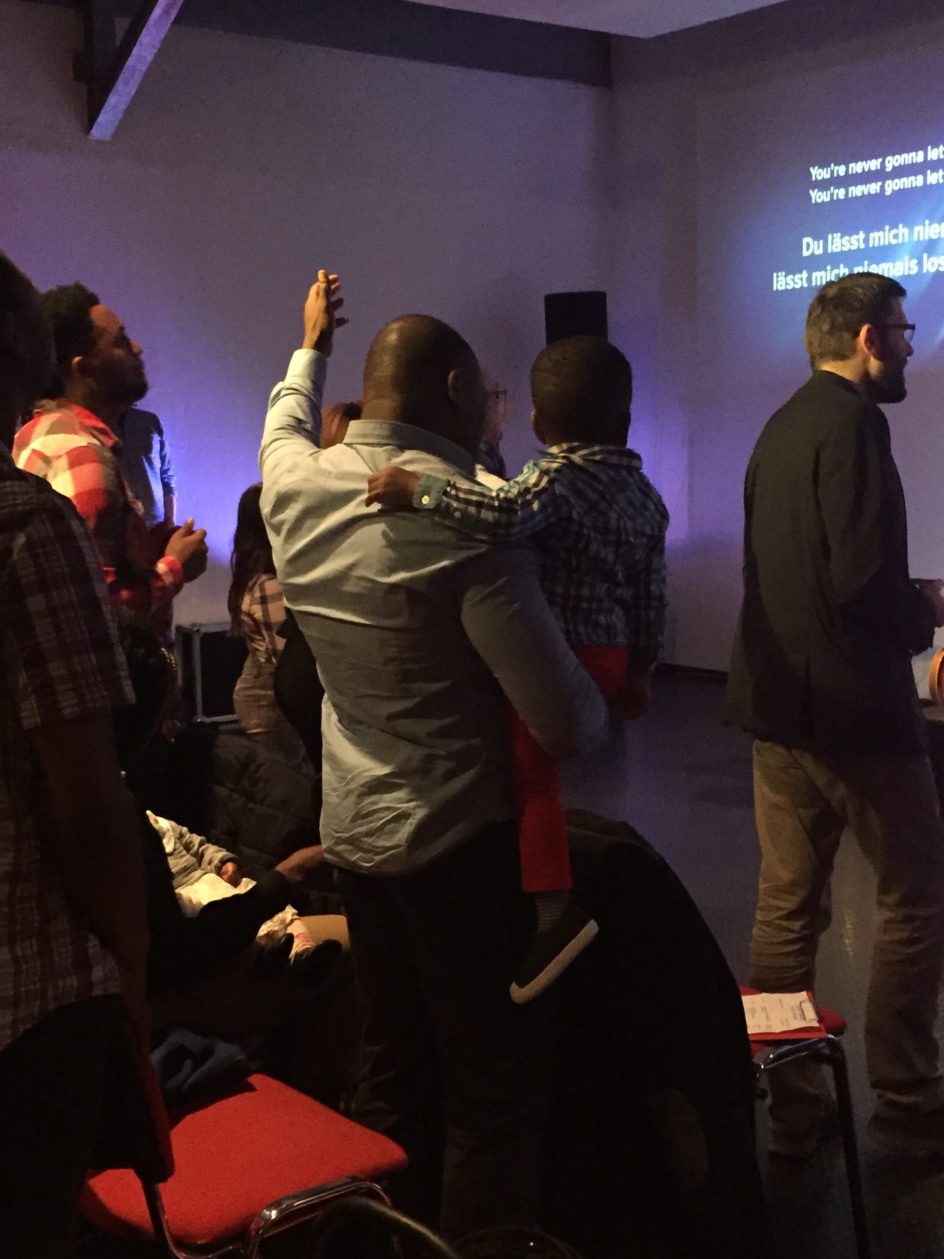 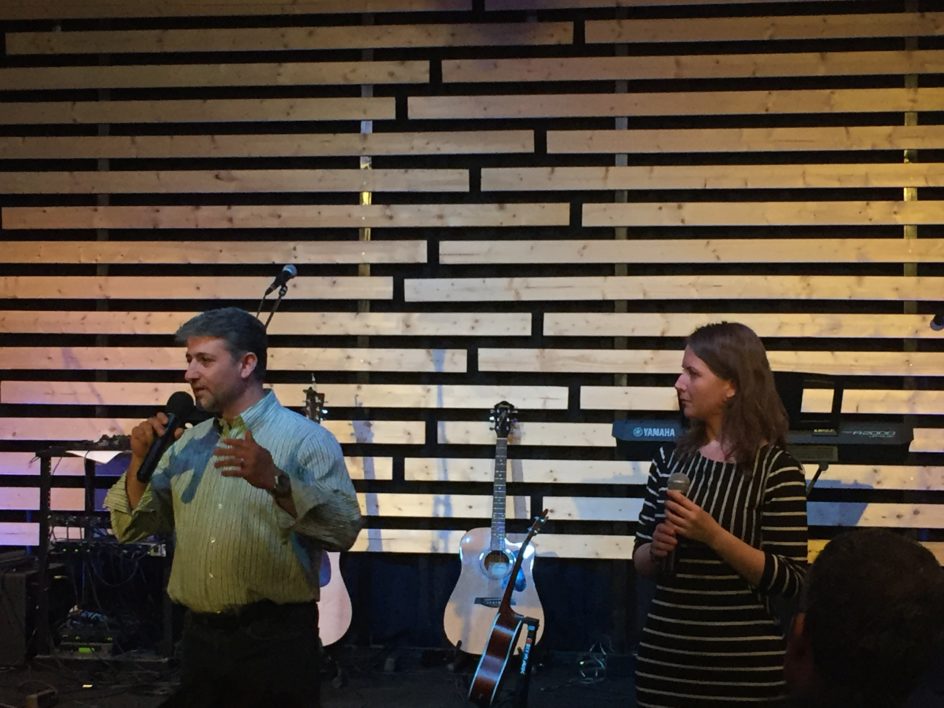 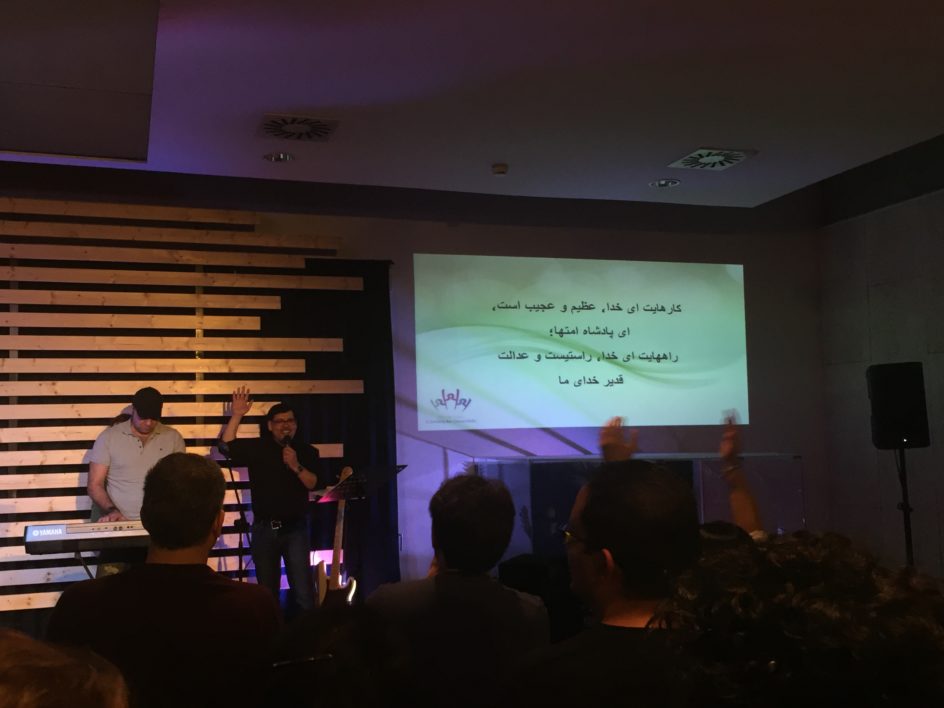 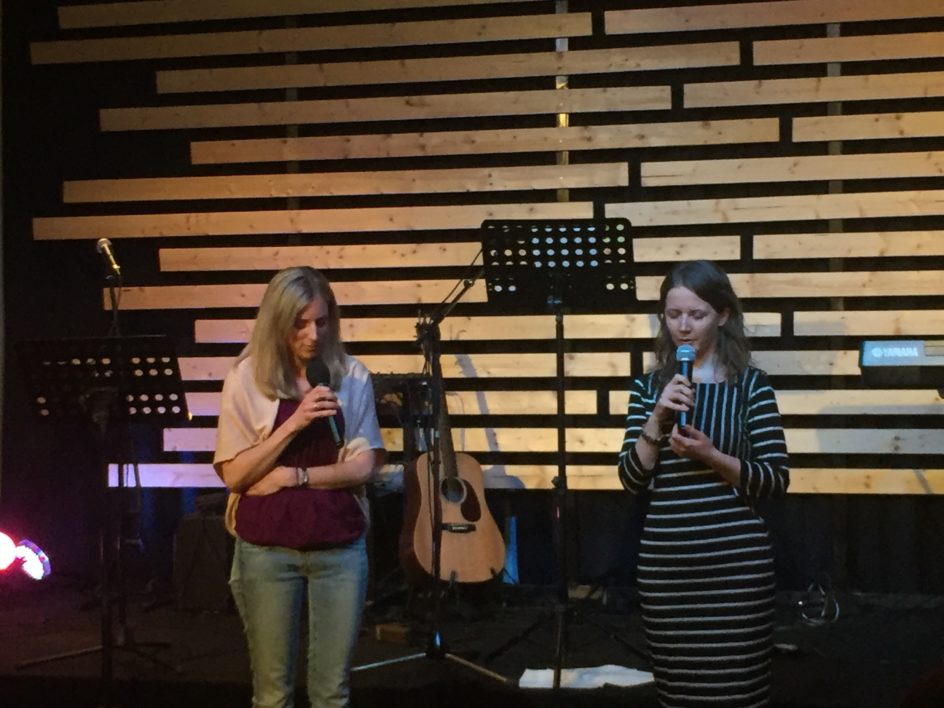 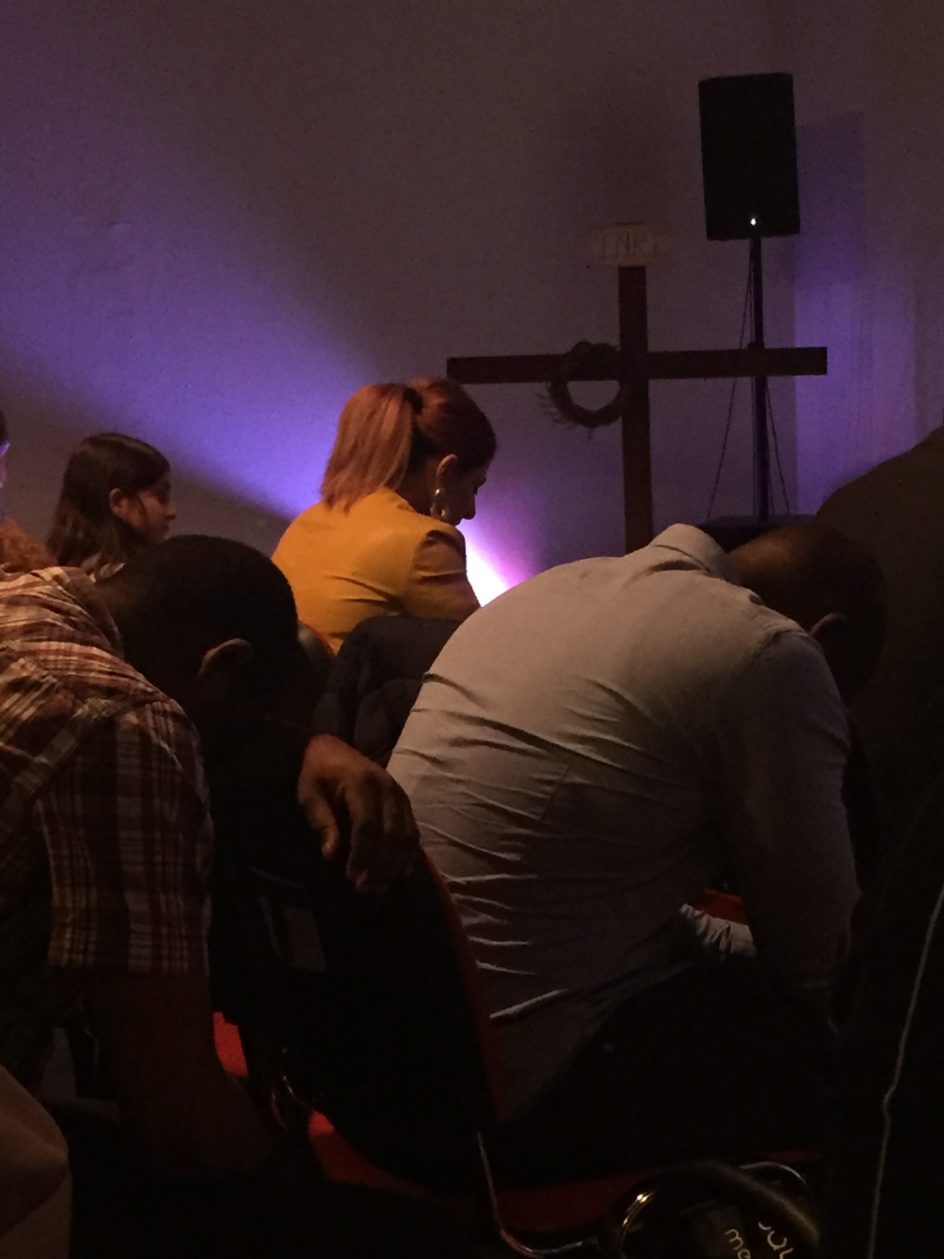 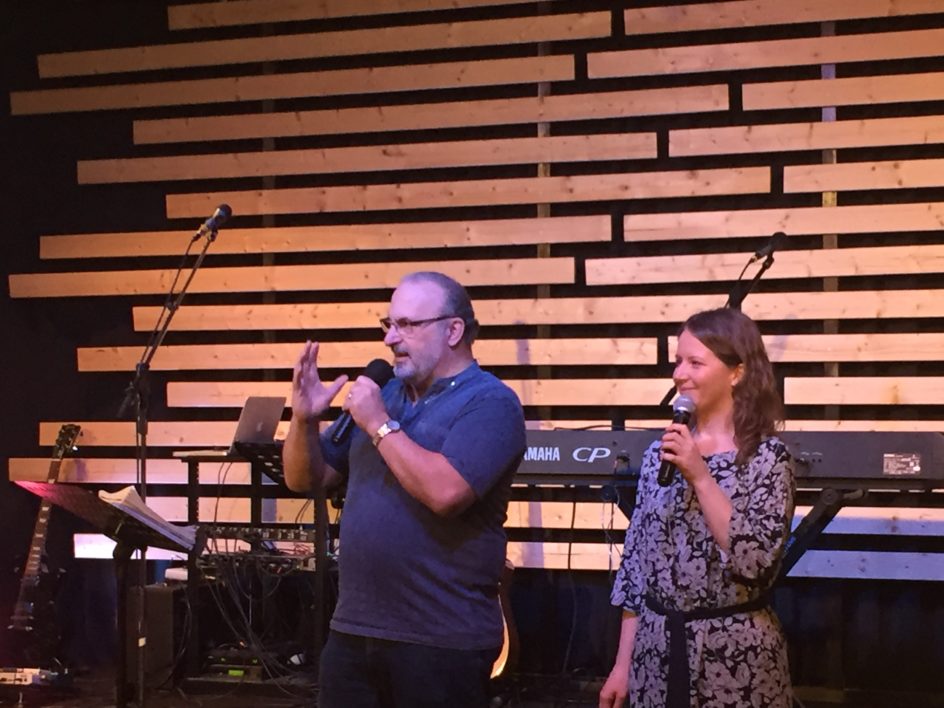 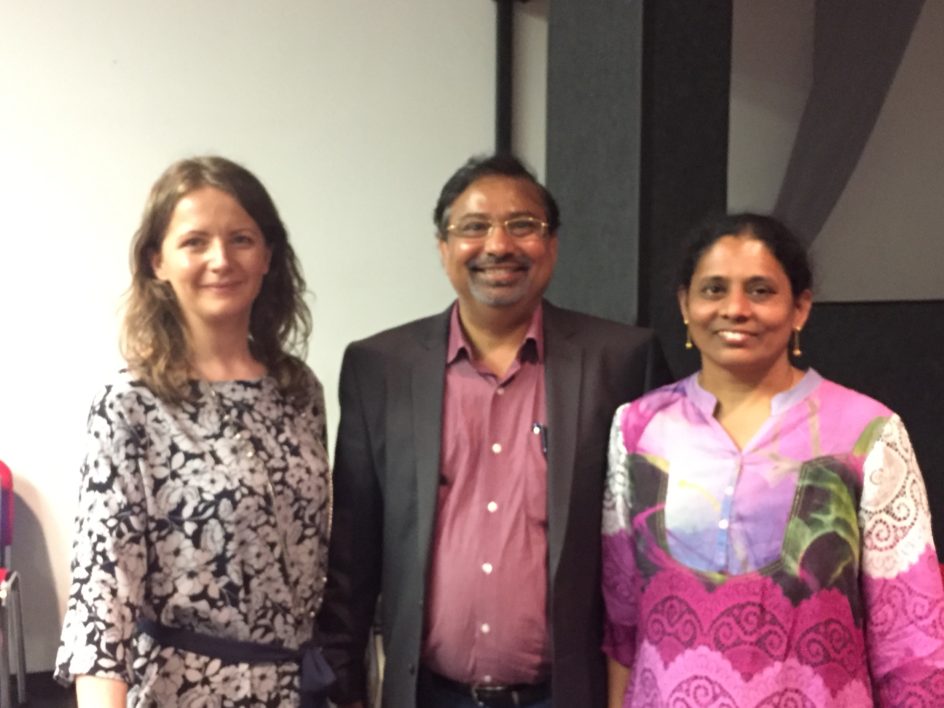 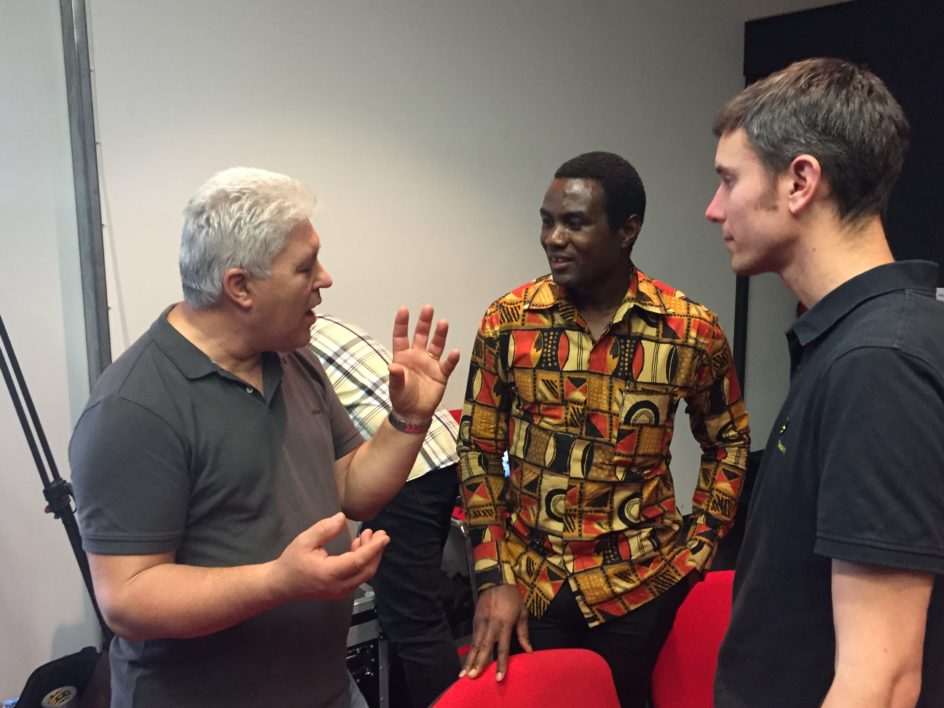 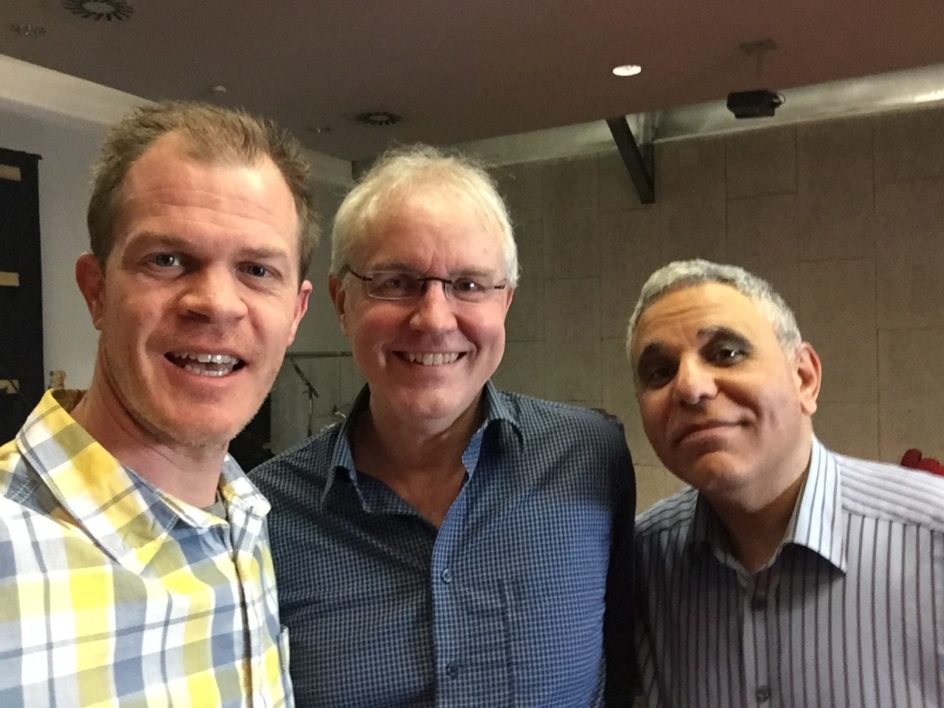 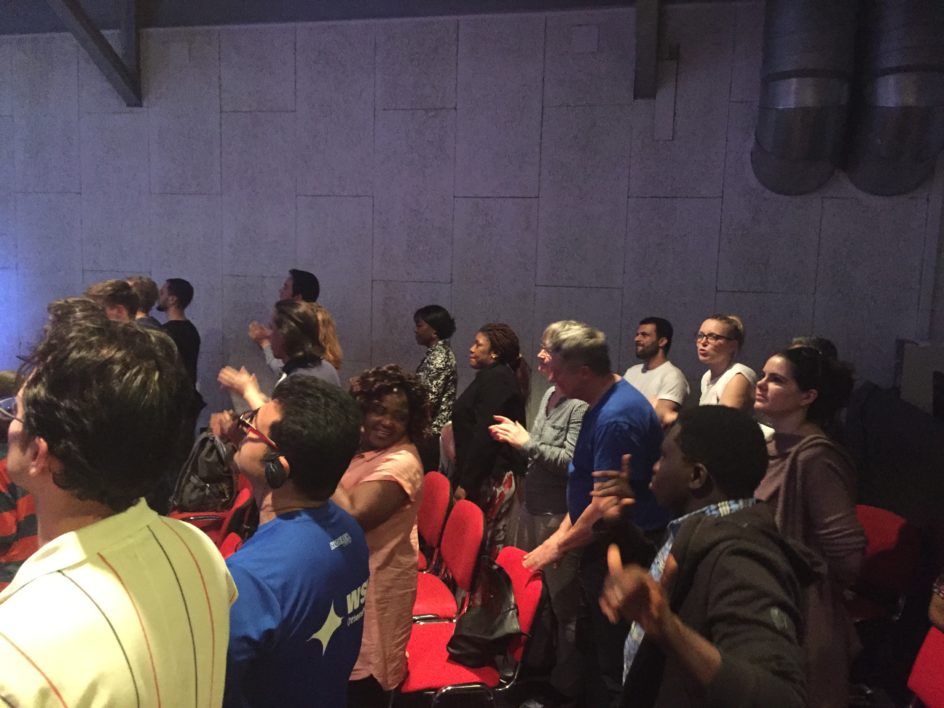 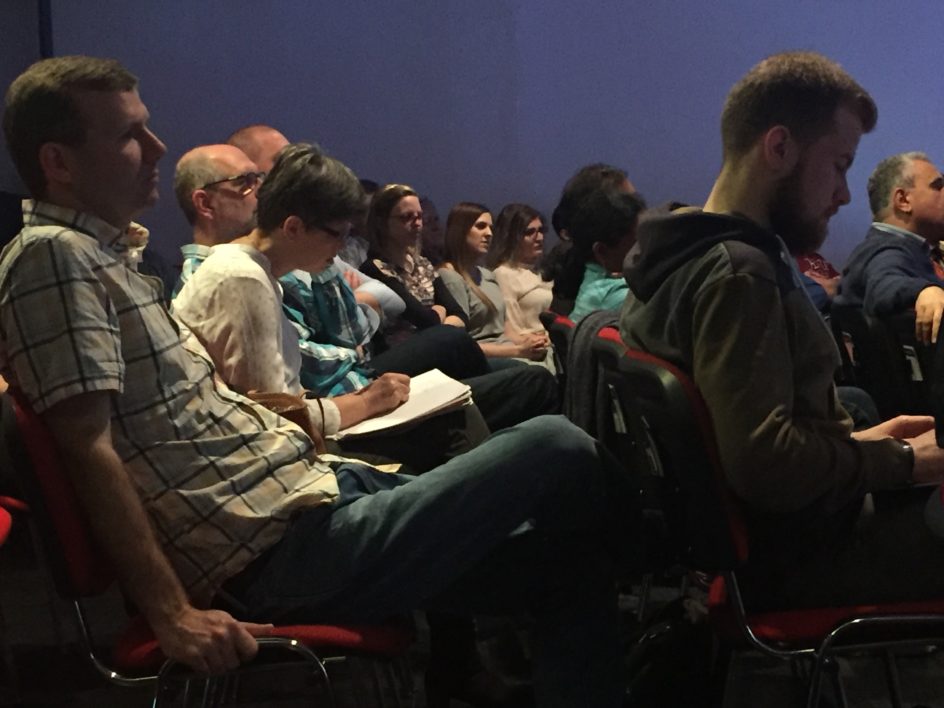 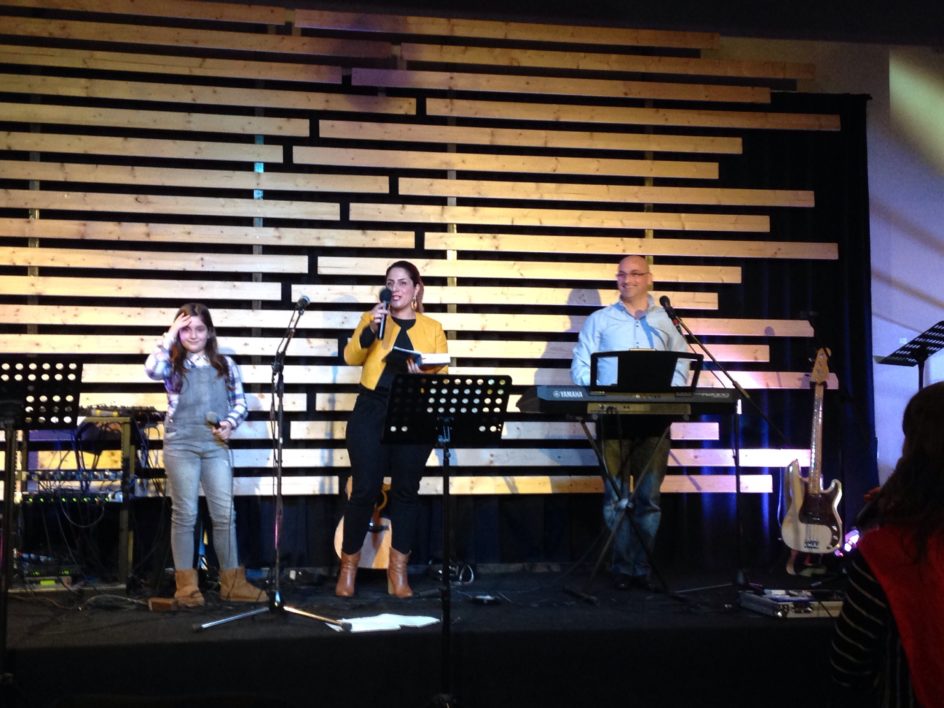 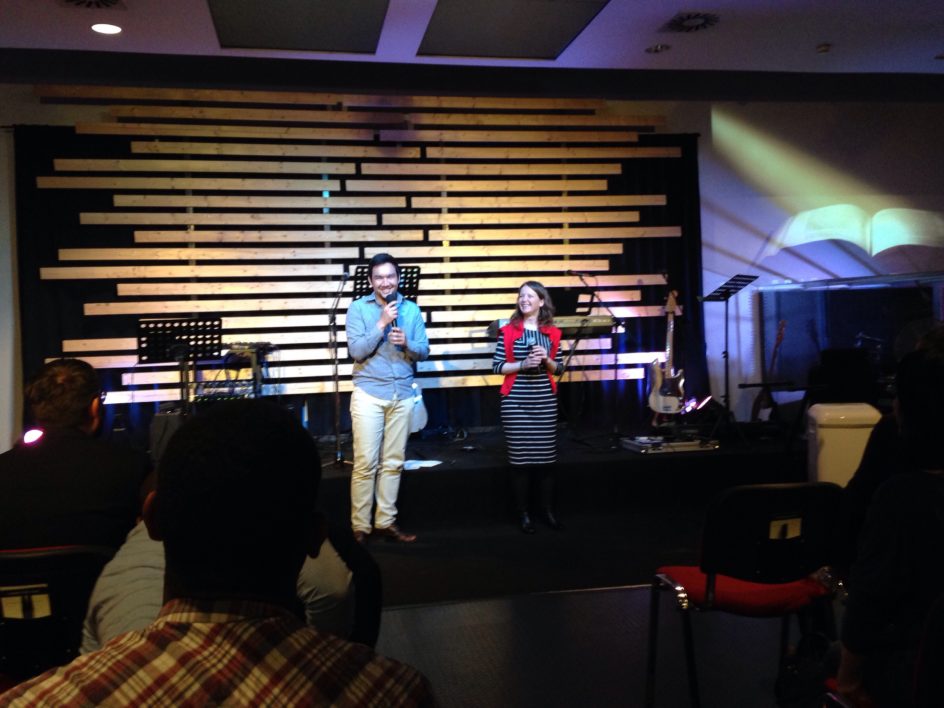 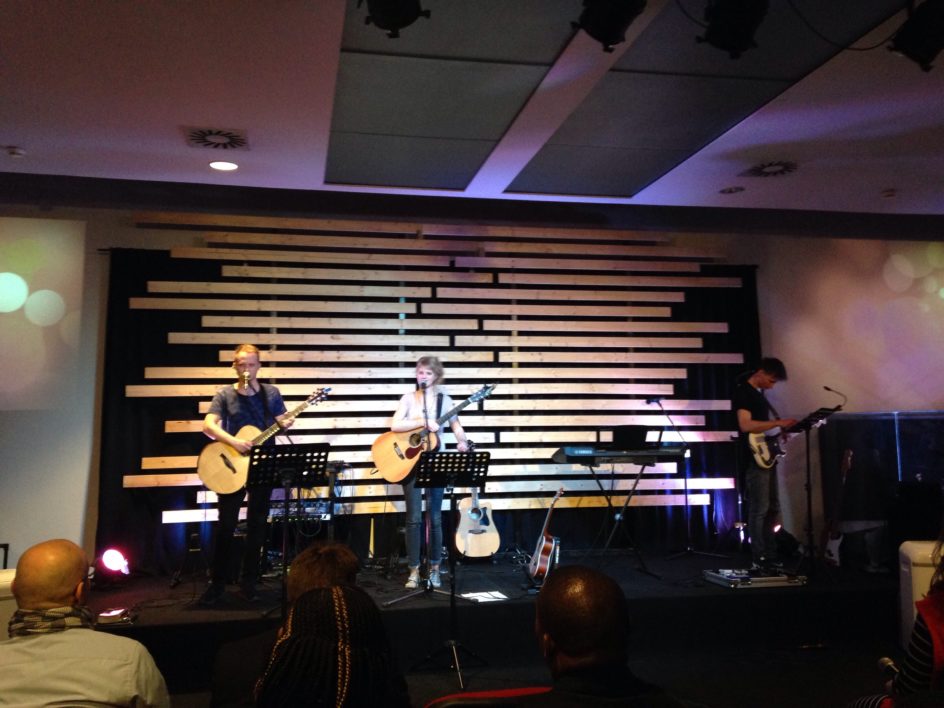 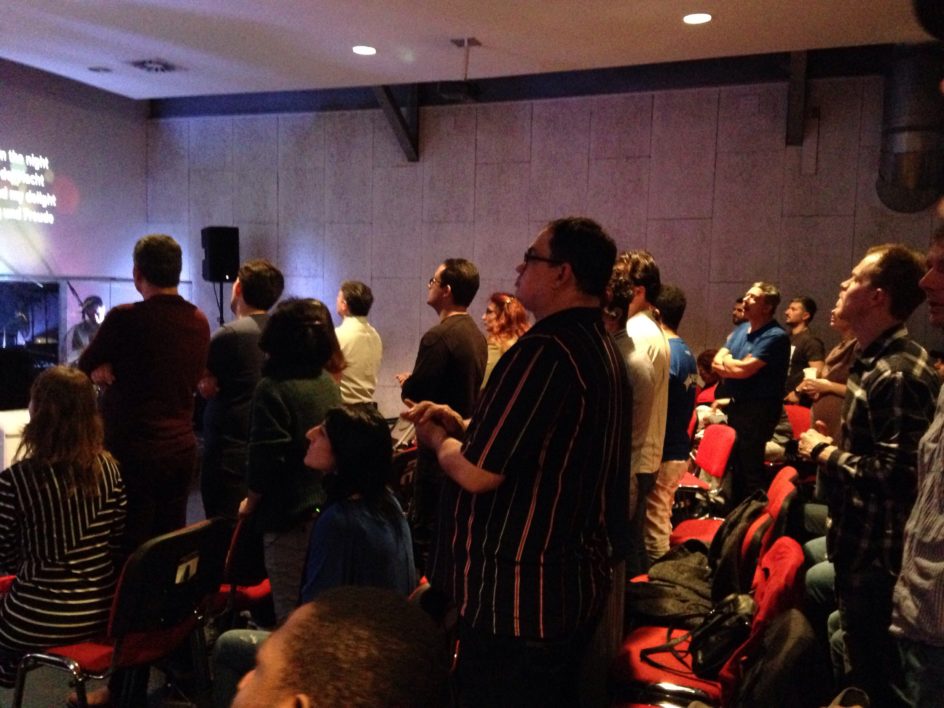